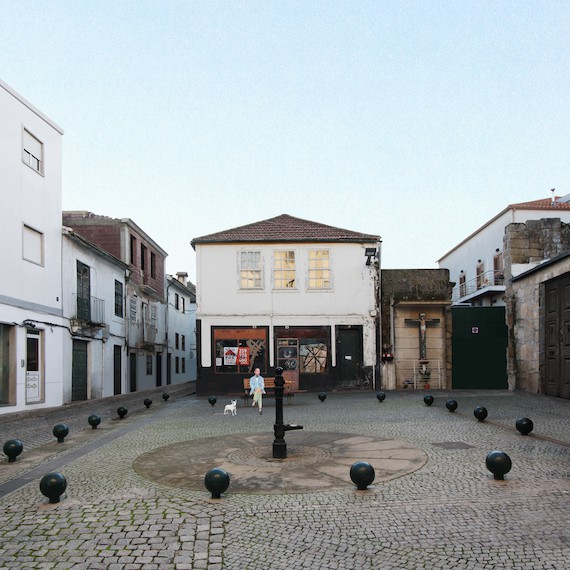 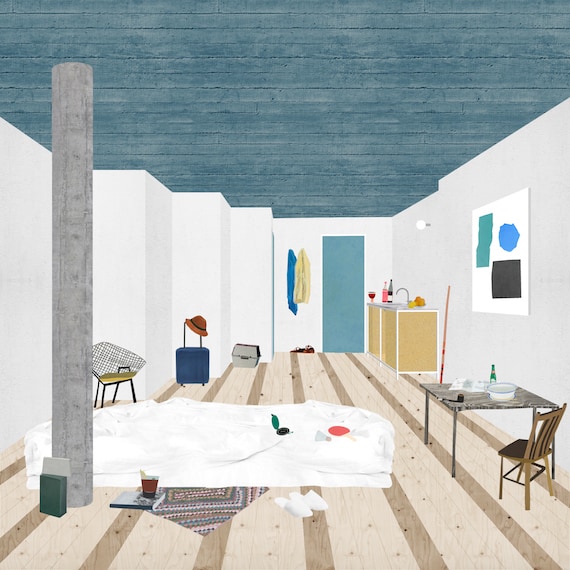 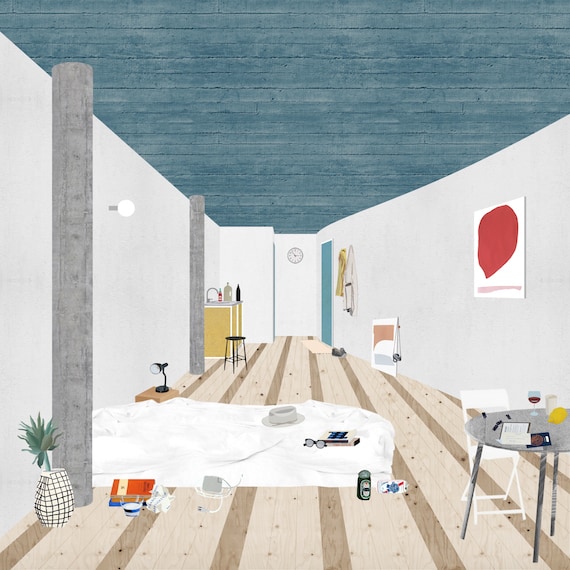 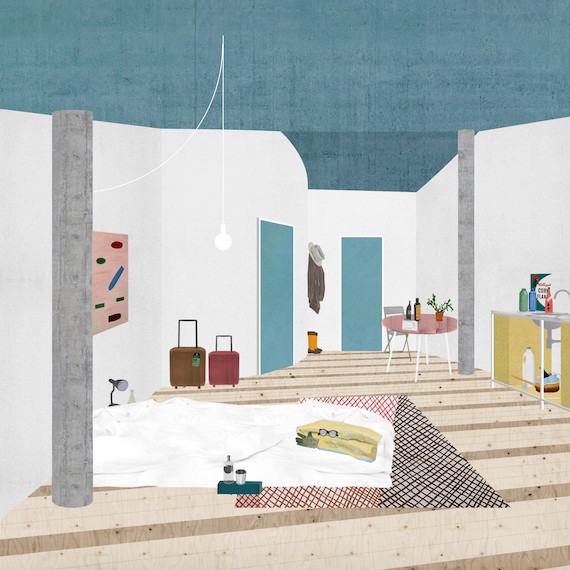 Two consecutive buildings in the historic center of Vila Real were merged somewhere in the past: one with three levels facing the street, the other with two levels facing a small plaza. Several smaller interventions happen during the years and the result was an unremarkable and arbitrary construction. The proposed project aimed at creating a single house with nine equally important rooms using a series of clear interventions.

The proposed plan completely erased the previous erratic spatial organisation. Every level is composed of three rooms produced with the same set of geometries combined in a different way and a grid of twelve columns. The eccentric geometry of the walls and the boring regularity of the structural grid create a collision of two opposite systems resulting in nine distinct rooms with the same number of elements. Every space has at least one column.

The contradiction of different systems and orders finds its expression in the materiality of the project. The continuous white surface of kinked, distorted walls contrasts with the rough texture of concrete columns. The horizontal surface of the ceiling is blue, the floor has a striped wood pattern rotated depending on the geometry of the room.

The new street facade has a simple, slightly unbalanced composition: three smaller windows on one side taking its size from the old part of the elevation, two bigger openings of the same proportion on the other end. The facade facing the plaza is exceptional and almost temple-like. It has only two openings, the disproportionately tall entrance door and one big living room window. The black and white marble cornice and the plinth wrap around the building as unifying elements. The wall above the cornice is treated in a different way using two tones of white plaster to create a soft pattern. 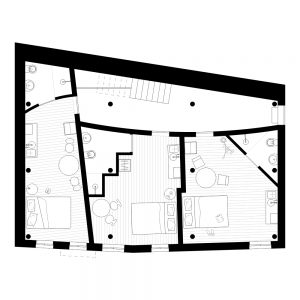 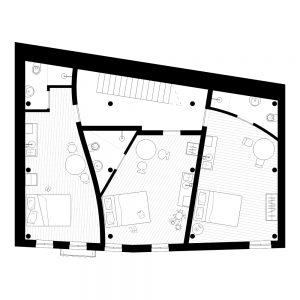 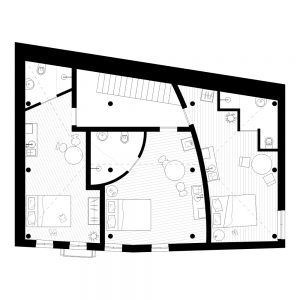 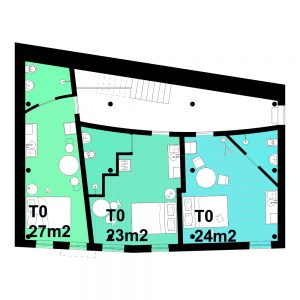 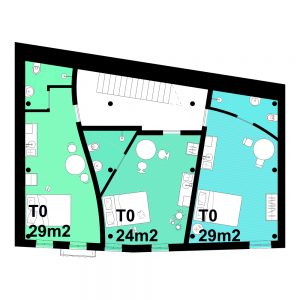 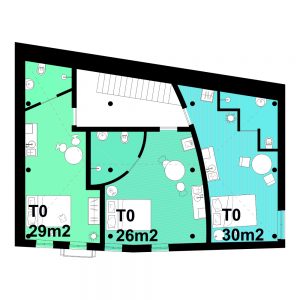 Sorry, the comment form is closed at this time.

More from this employer 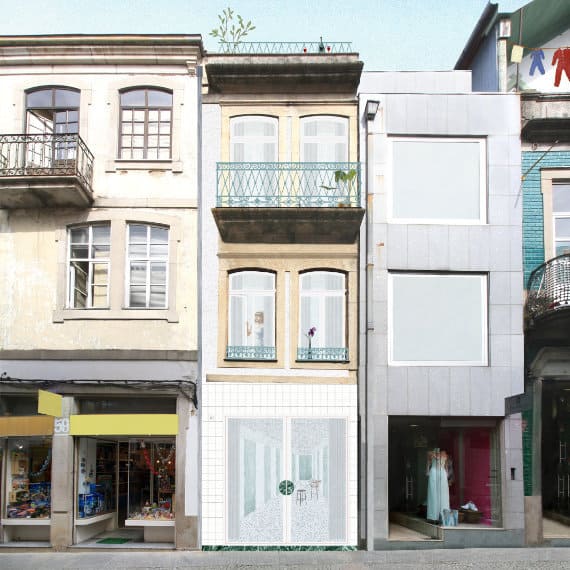