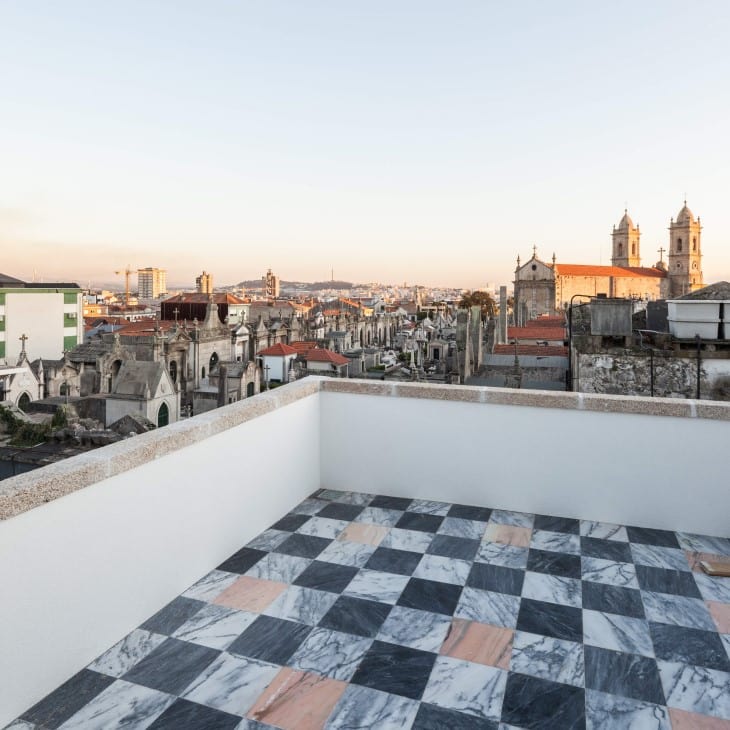 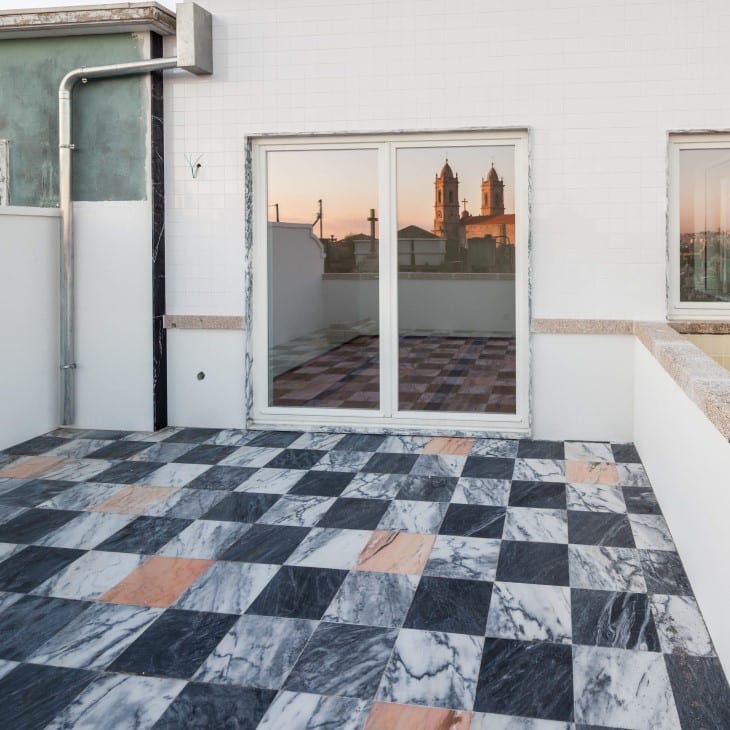 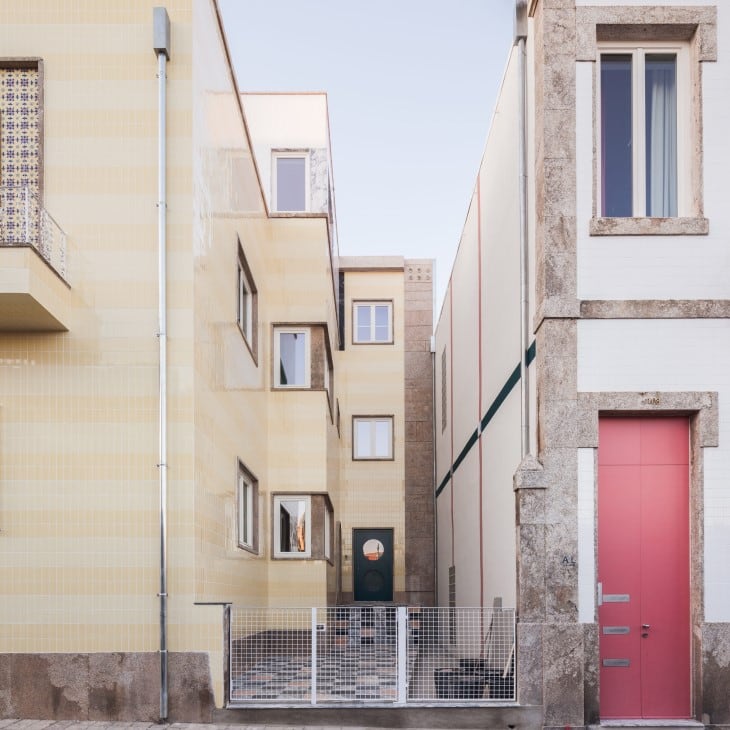 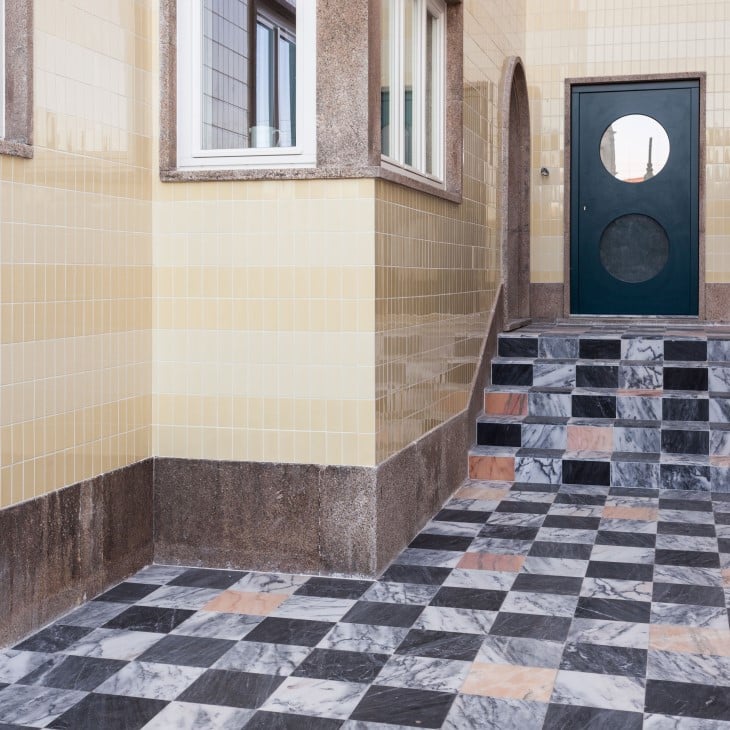 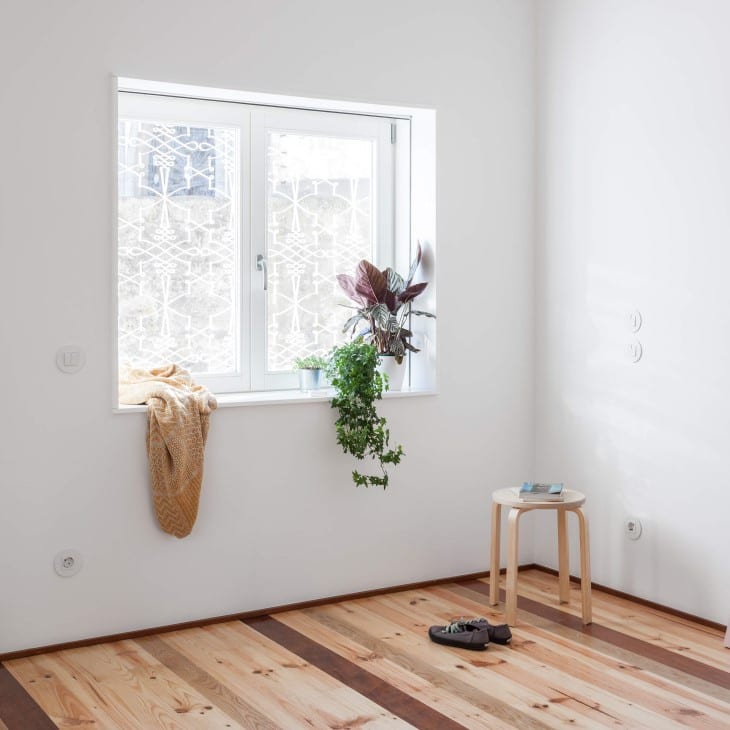 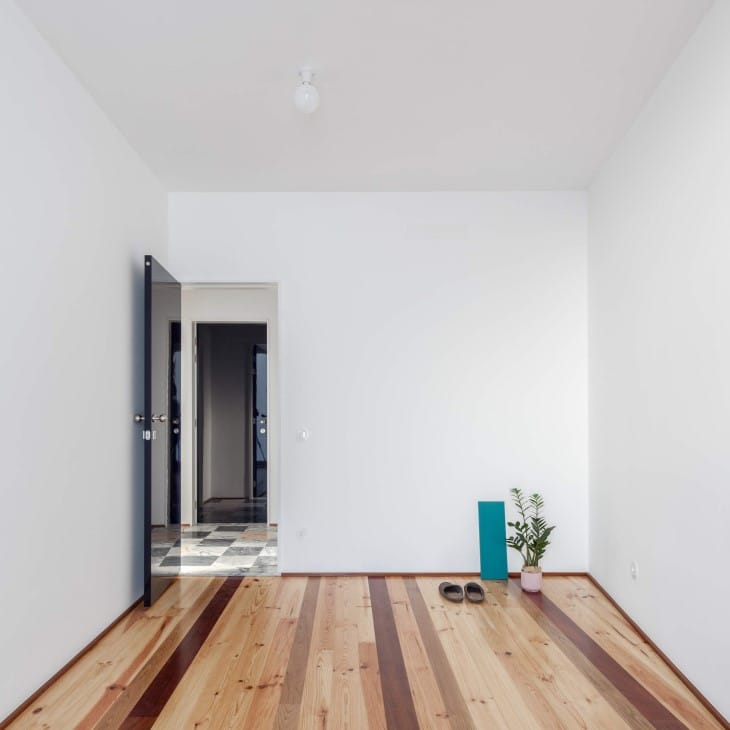 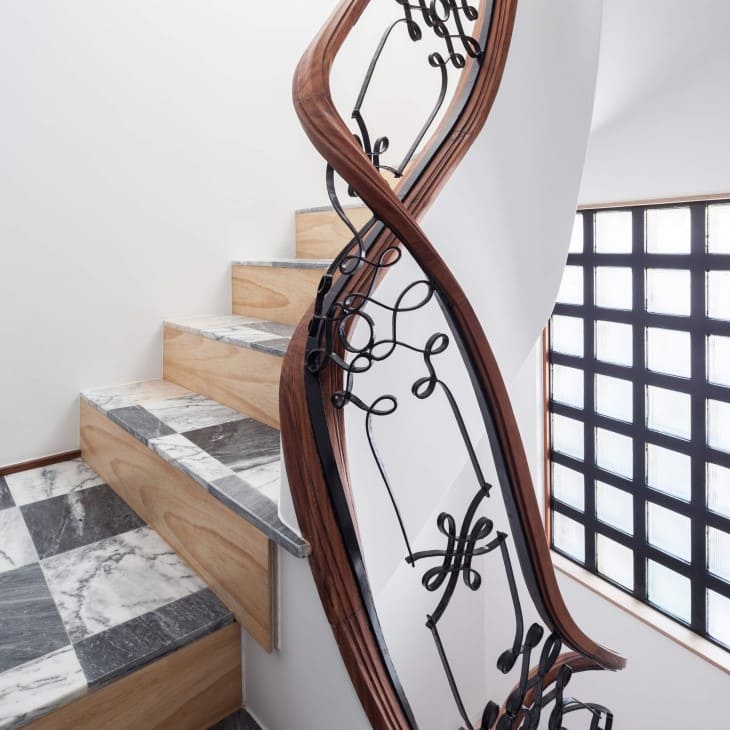 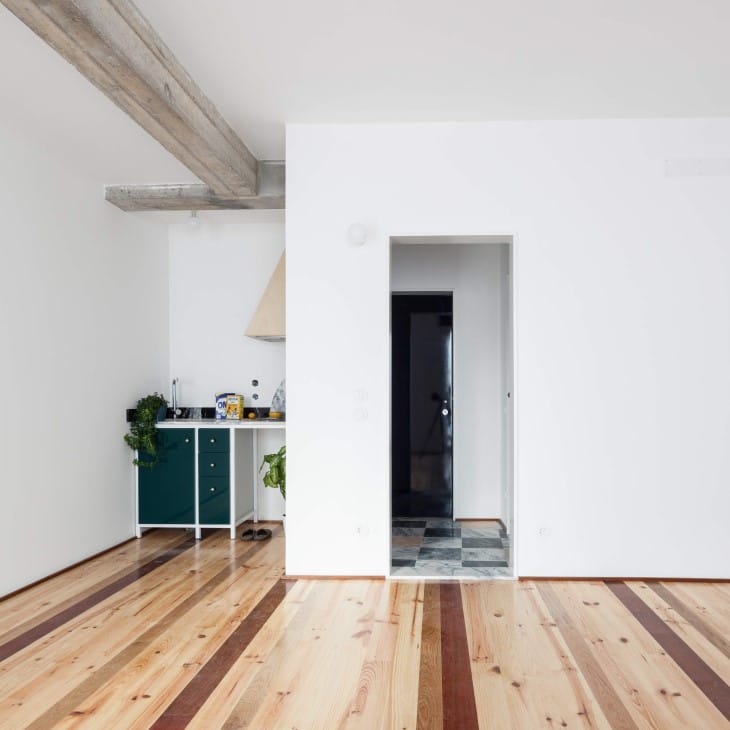 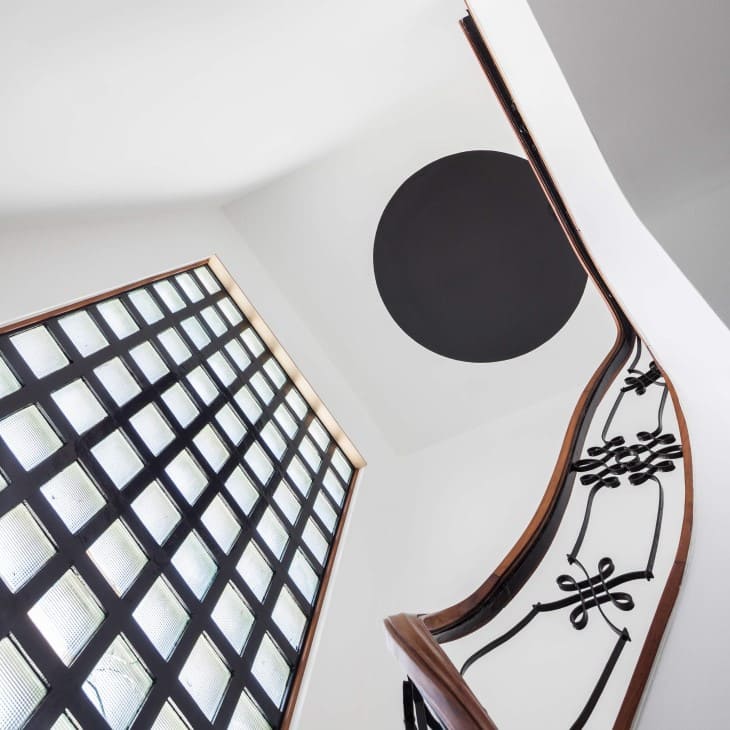 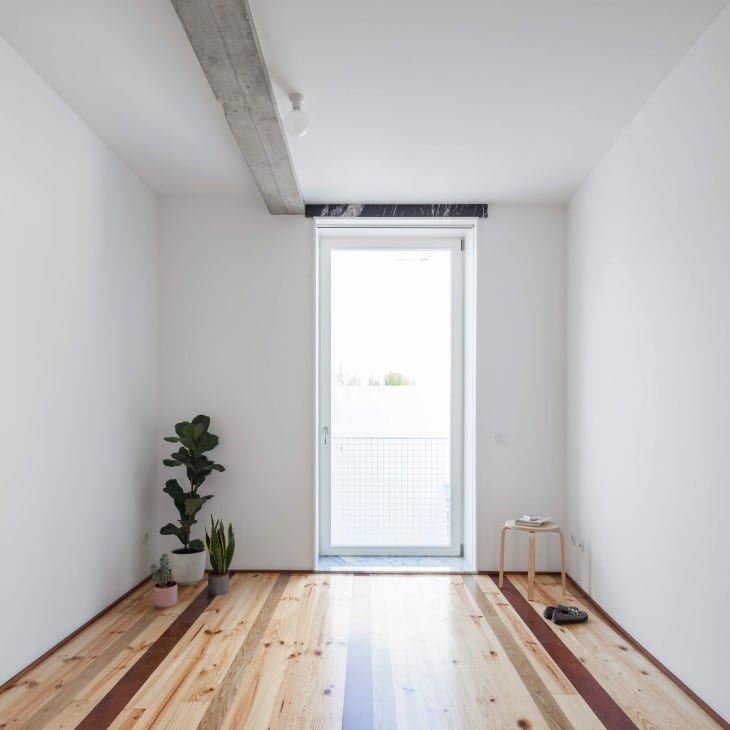 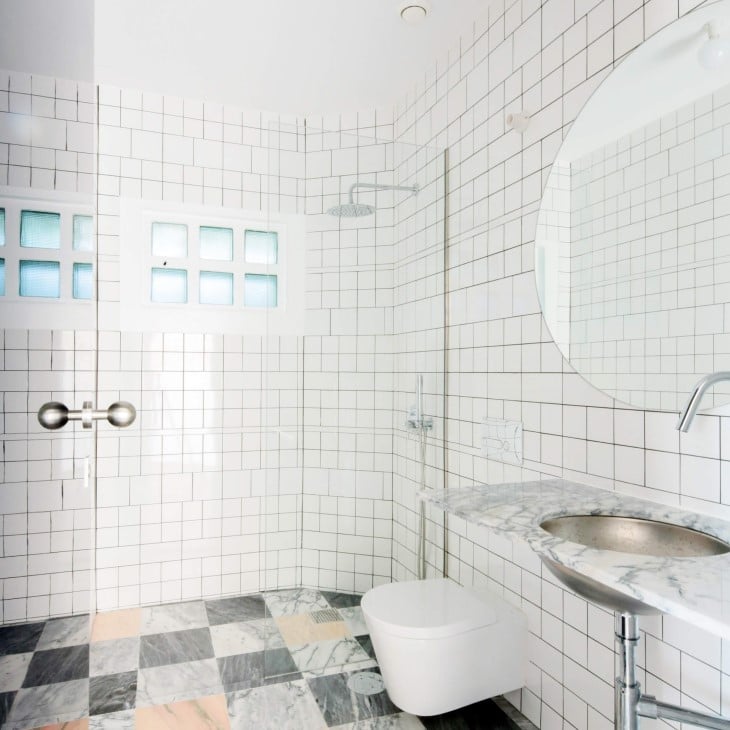 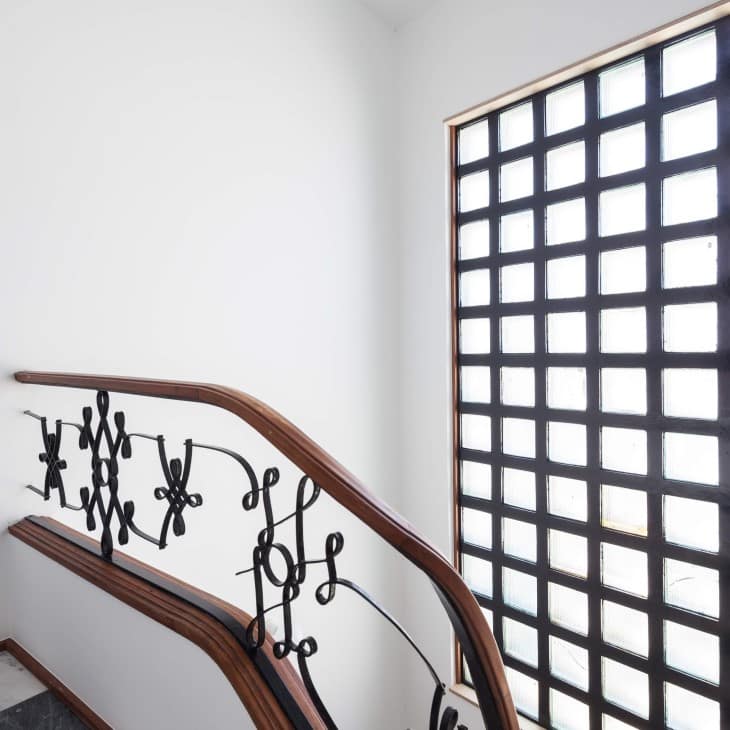 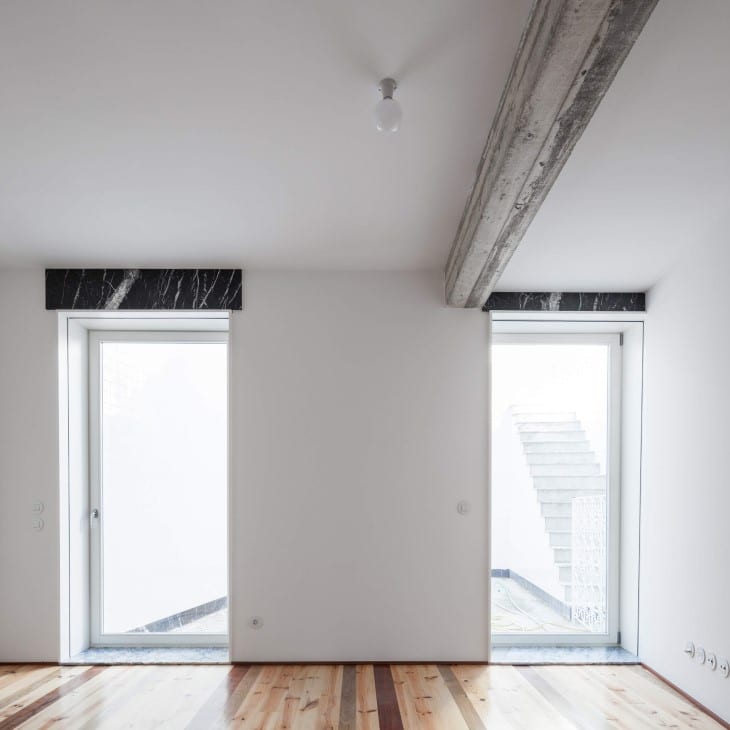 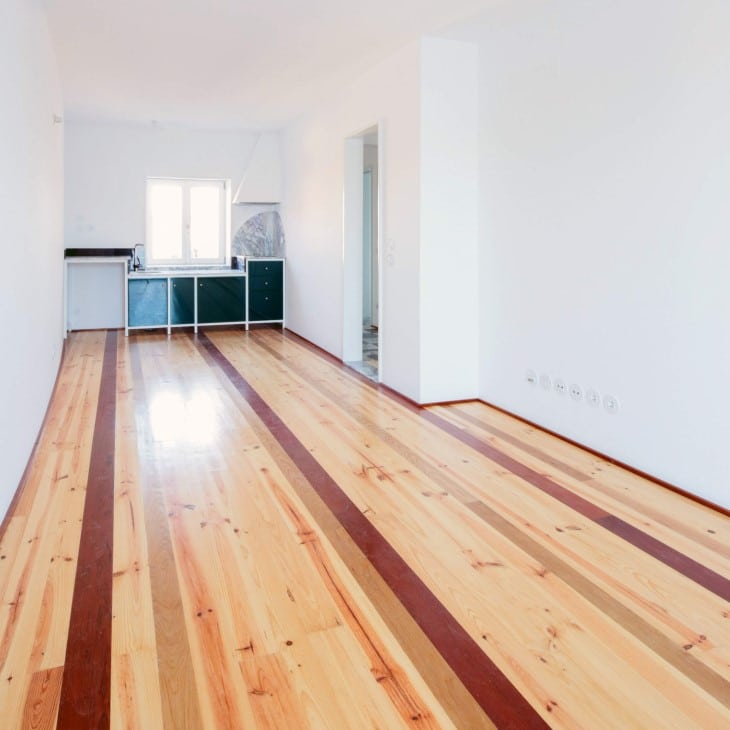 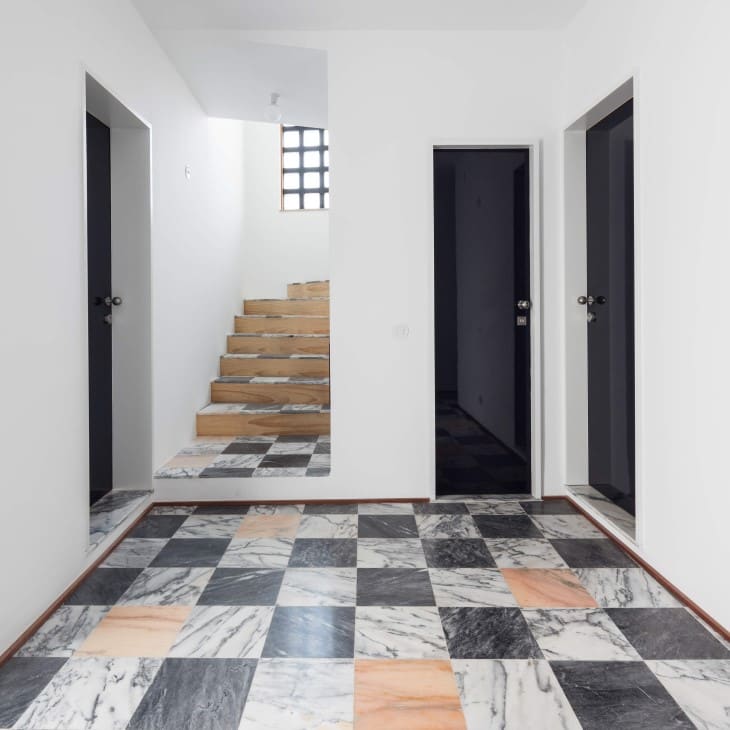 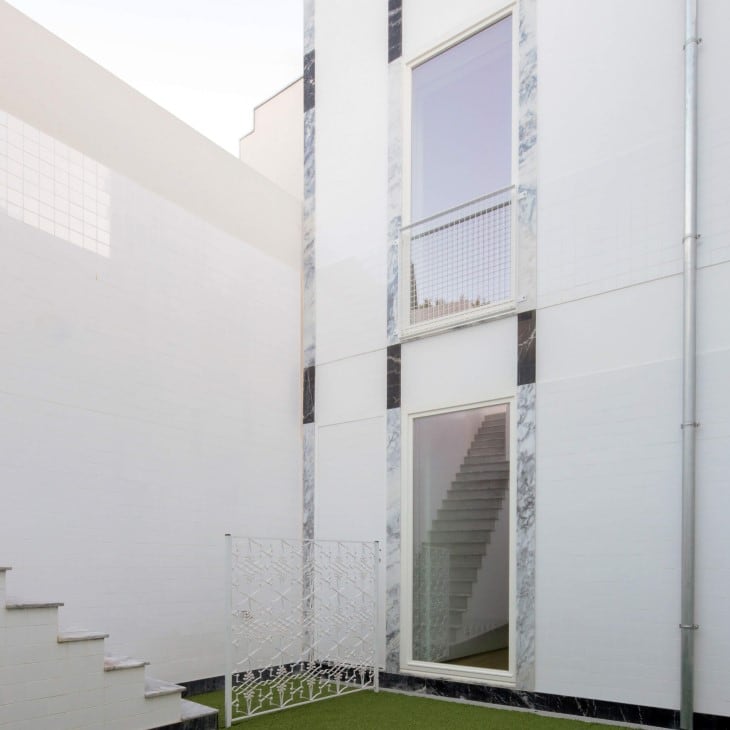 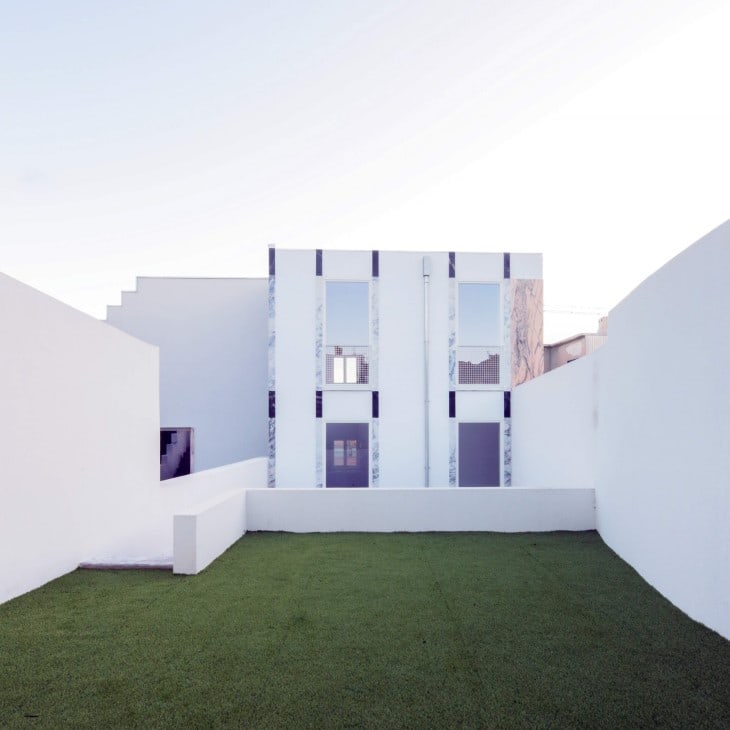 The building, an art-deco yellow-tiled house from the early 50’s, occupied two plots; the project requested the renovation of only one of them. The irregular outline of the site affected the inner geometry creating a set of uneven inside spaces. The house was supposed to be converted into a number of rentable apartments: the perimeter wall and the staircase were kept, the back facade and all the inside partitions were demolished.

The intervention engaged with the given complexity finding logic in its geometry. Every apartment is composed out of three types of spaces: the entrance lobby, the bathroom and the main living space. The entrance lobby is a square and acts as a circulation space connecting all the programs. The bathrooms are located on both sides of the existing staircase forming a dense central core. The living spaces are slightly kinked and tilted. A thin column acts differently on every level, separating the eating from the living area, creating a certain spatial hierarchy.

The materiality of the project suggests two types of floor patterns. Different kinds of wood planks create a strong striped pattern for living spaces and two tones of light blue terrazzo separated by the imposing geometry of its joints are applied for bathrooms, circulation areas and balconies.

The street facade preserved its charm, with the yellow tiles being replaced until the limit of the intervention; the last floor was extended as an interpretation of the existing architecture. The back facade was rebuilt with a simple linear pattern activated in a play of different textures and materials. Its flatness is explored in an overlay of vertical and horizontal stripes where the rainwater pipe and the rectangle of a pink marble bring a certain sense of disorder in its composition. 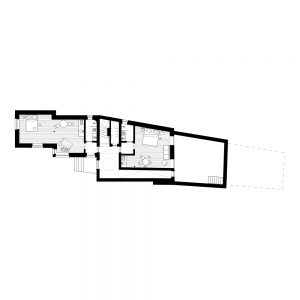 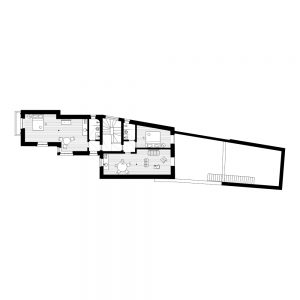 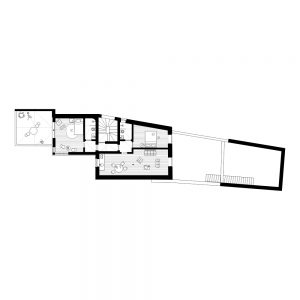 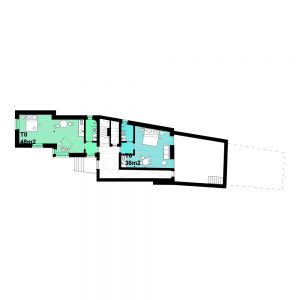 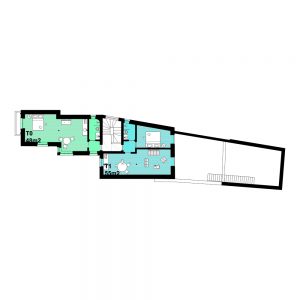 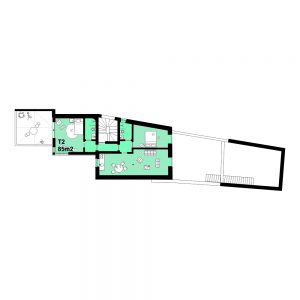 Sorry, the comment form is closed at this time.

More from this employer

Sorry, no posts matched your criteria.